“We are all weavers of images above and below the surface,” says Eleanor Rubin, one of the three artists featured in the Chandler Gallery’s upcoming show, “Intention and Chance: Evolving Images by Constance Jacobson, Eleanor Rubin, and Susan Schmidt.” The exhibition title refers to the printmaking process—which each artist uses—and to the ways that the artist’s objectives interact with factors beyond the artist’s control. As Schmidt says, “My work is informed by chance discovery, chancing upon and taking a chance.”

Schmidt’s series of unusual baskets began with an event in a fairytale: A girl is kidnapped in a basket. Schmidt wondered what form that basket would take. Once Schmidt started drawing baskets, friends and acquaintances loaned Schmidt their strange baskets, and the series grew. In “Valda’s Basket” frantic white lines against a sepia background describe the basket’s weave, but the basket itself feels solid and balanced, with its short handle and stiff oval rim supporting wide, shallow twin bowls. However, the overlapping lines that make up “Black Drawing Basket” seem to set the tall, narrow basket spinning.

For her series Almost Biology, Jacobson was inspired by a 19th century etching by William Heath entitled “Monster Soup Commonly Called Thames Water”—a comment on the tiny aquatic organisms that microscopes had revealed—to produce her own “fabricated scientific imagery.” Her monsters, with translucent, bulbous bodies and long, stringy appendages, are a play on the “evolving images” aspect of the exhibition title. The black-and-white digital prints have a photographic quality, as if the creatures had paused to pose on the microscope slide.

Rubin’s prints on slate favor accidental elements. When she inks images of birds onto broken pieces of her rooftop, she uses the slate’s ridges, depressions, and color variations to activate the images. In her postcard series, chance plays a more secondary role. Rubin created the watercolors and collages on each postcard, selected the stamps, and addressed them to her sister in Rome. Postal markings and other wear and tear from international travel are the features left to fate. Says Rubin of the exhibition: “I look forward to the contrasts and the incidental relationships within the installation that will result from combining our work.”

“Intention and Chance: Evolving Images by Constance Jacobson, Eleanor Rubin, and Susan Schmidt” is on display at the Chandler Gallery from July 5 through August 5. The opening reception will be held on July 7 from 6-8pm. Maud Morgan Arts is a program under the umbrella of the Agassiz Baldwin Community, a private non-profit organization that has provided quality programs and services in the Cambridge community for over forty years. Maud Morgan Arts comprises a full arts program of classes and workshops for all ages, the Chandler Gallery, and a collection of original art by noted artist and community resident Maud Morgan (1903-1999). The agency works to reflect the diversity and talents of the community, bringing people together to make art, share art, and support visual arts education. 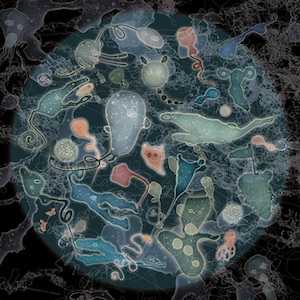 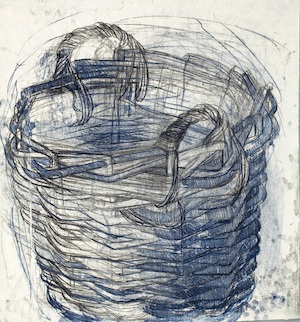 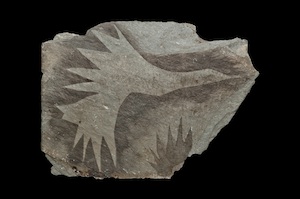