Maud Morgan’s talent as an artist was recognized early. By the late 1930s and early 1940s, she was exhibiting at the Betty Parsons Gallery in New York City and was the featured artist in an exhibit of distinguished Abstract Expressionists at Yale. Major New York City museums including the Metropolitan Museum of Art, the Whitney Museum, and the Museum of Modern Art acquired her work.

In the mid-1940s, Maud left New York for Andover, Massachusetts, to follow her husband’s career. While teaching art at Abbot Academy, she continued to paint and experiment with other media, and exhibited at the Margaret Brown Gallery in Boston. Maud filled her family home with the work of contemporaries and created a nurturing environment for numerous young artists such as Frank Stella and Carl Andre.

In the late 1950s, Maud came to Boston and later moved to the Agassiz neighborhood of Cambridge. Her work was exhibited regularly at the Barbara Singer Gallery. Although she viewed herself as a painter, she never hesitated to experiment with other media. Her prints and her investigations with papermaking and collage at Rugg Road Papers and Prints were enthusiastically received in the 1970s, 80s, and 90s. Maud was given one-person shows at the Massachusetts College of Art in Boston, the Fuller Art Museum in Brockton, the Addison Gallery in Andover, and the Museum of Fine Arts in Boston.

Throughout her career, Maud was a source of inspiration for dozens of artists, both young and old. For women artists, in particular, she served as a role model. She encouraged them to pursue their careers without foregoing the privilege and pleasure of family life. Her joie de vivre was infectious and touched the lives of all who knew her. At the age of ninety-two, still vigorous and eager to explore yet another medium of expression, Maud published her autobiography, Maud’s Journey: A Life from Art.

Maud’s Journey: A Life from Art,

Copies of Maud’s autobiography can be purchased for $20 plus $4 shipping.

Visit our online store to purchase a copy, or stop by the offices at 20 Sacramento Street any weekday 10 am – 5 pm.

Light Coming Through: A Portrait of Maud Morgan | This 23-minute, 16mm color film by Nancy V. Raine (Producer/Co-Director) and Richard Leacock (Co-Director/Cinematographer) is a poetic, lyrical, impressionistic collaboration by Raine, a poet and writer, Leacock, a leading figure in the direct cinema movement, and Maud Morgan, the film’s subject, a Boston-area visual artist who was 78 years old when the film premiered at the Boston Museum of Fine Arts on October 21, 1980. 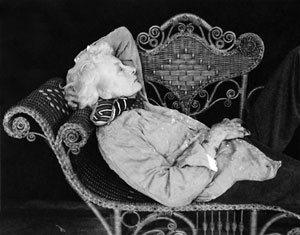 “If there is a single unifying strength in her otherwise diverse oeuvre, it is color, sumptuous and lush.”
Christine Temin, The Boston Globe, 1999 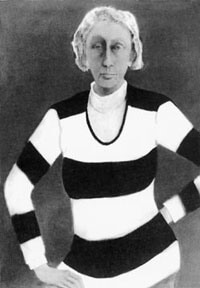