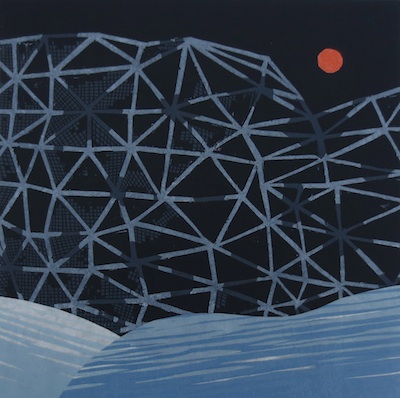 Drawn From Within: All Agency Show

Agassiz Baldwin Community and Maud Morgan Arts Showcase Staff and Faculty Creativity“Drawn From Within” is a group show featuring a rather unusual group. Group shows often display the work of contest winners or artists represented by a single gallery, but the common thread that bonds these exhibition participants is their connection to a neighborhood non-profit. The Agassiz Baldwin Community is mounting its second annual all-agency exhibition in which employees—including teachers, accountants, administrative assistants, program directors and professional artists—display their artistic endeavors. 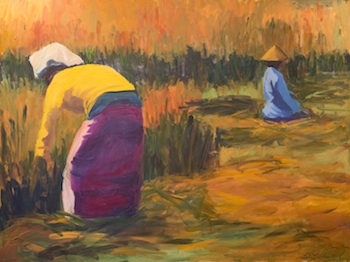 Rhythms & Rituals: The Work of Women – Art by Lori Lander and With the Grain: Works by Mitch Ryerson

Mitch Ryerson wants you to climb all over his artwork, and Lori Lander paints scenes so luminous you could dive into them. Both Ryerson and Lander will be honored this September at the Spirit Awards Benefit, which celebrates Art at the Heart of Community in support of Maud Morgan Arts. Ryerson’s benches, playground structures and repurposed tree trunks and Lander’s paintings of women in markets, rice fields and festivals plunge viewers (and climbers) into unexpected lands. 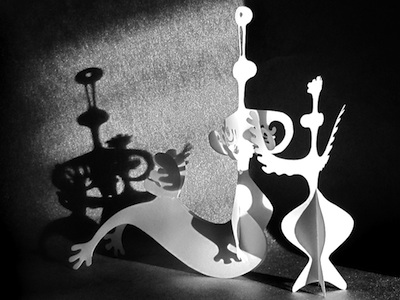 An errant breeze could easily disrupt this exhibit. Violet Byrd’s sculptures depicting “hybrid life forms of fantastic creatures” are made of cut paper, and many stand less than six inches tall. The paper’s white surface emphasizes both the negative space surrounding each shape and the rainbow of shadows beyond. “Matisse described scissors and paper as ultimate drafting tools,” says Byrd. “I think of cutting paper as drawing with scissors.” She chose “Another World” as the title of her exhibit after reading an article that made her realize how otherworldly artists can seem, even to those who buy, sell and appreciate their art. “With this title,” she says. “I frame the exhibition as an introduction to a stranger who