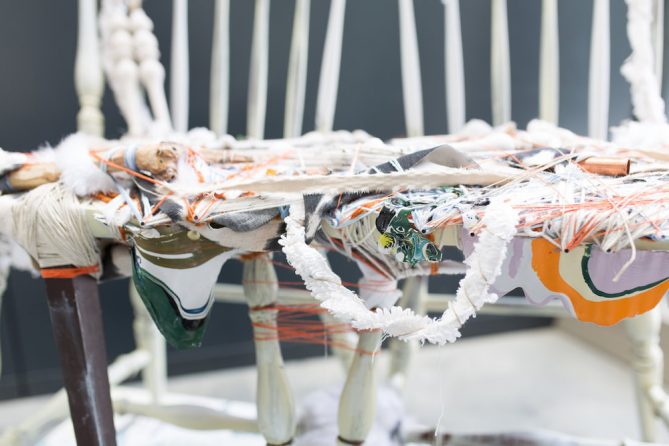 The heart of “If You’re a Chair, I’m a Chair,” the latest show at the Chandler Gallery, is a sculpture made of two antique wooden chairs. After cutting them down on their inner sides, artist Hilary Tait Norod bound them together with many layers of different materials, such as yarn, rope and scraps of wood, “to unite them as one.” The once-separate pieces became more than just a loveseat, but a representation of the artist’s marriage.

In her exhibition, which also includes painted mirrors and canvasses, Tait Norod set out to “explore the romantic tension of a loving relationship with an autobiographical and feminist lens.” It’s both about her own relationship as well as “gender roles and familial and societal expectations of partnership.” 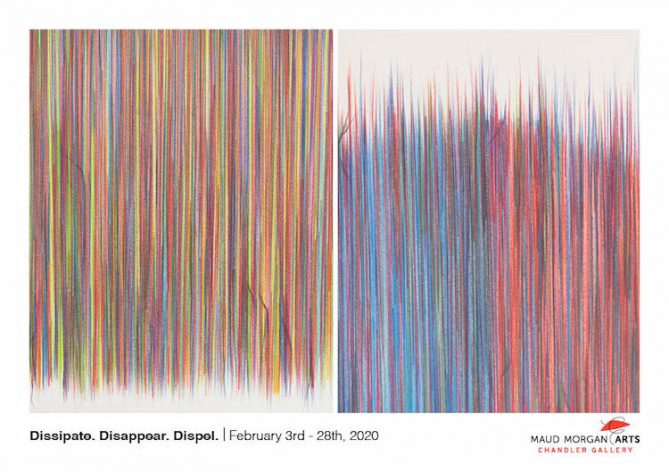 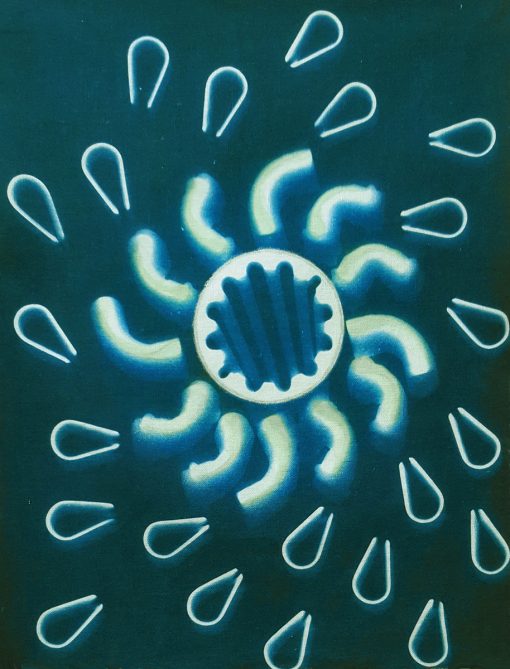 “Drawn From Within” is a group show featuring a rather unusual group. Group shows often display the work of contest winners or artists represented by a single gallery, but the common thread that bonds these exhibition participants is their connection to a neighborhood non-profit. The Agassiz Baldwin Community is mounting its fifth annual all-agency exhibition in which employees—including teachers, accountants, administrative assistants, program directors and professional artists—display their artistic endeavors.