Jodi Colella Unleashes a Fabric Menagerie at the Chandler Gallery

“I’ve been interested in expressing humanity in the form of reconstructed stuffed animals,” says artist Jodi Colella. Inspired by her recent residency in Shenzhen, China, and by medieval bestiaries that assign symbolic virtues (and vices) to different species, Colella transforms children’s toys to address themes of identity, loss, and consumer culture. Shana Dumont Garr, author of Colella’s upcoming catalog, likens the exhibit to “a cabinet of curiosities sprung to life.”

The pieces achieve their power from the contradictory characteristics of Colella’s alterations. Some embellishments attract, while others repel, and the combination fascinates. In “Against Nature,” a turtle’s shell is adorned with enough shiny baubles to delight a magpie, but wires explode from its mouth and its limbless underside bulges out of proportion. “Birdman” is covered in pajama-like fabric with a pink flower pattern, but the head and one leg have been replaced with the dried head of a real bird.

Even though “Feeler” is a decapitated bear, its textures are inviting: soft fur, crisp layers of leaves surrounding its neck, and the smooth wool tunnel leading down into its body. As Colella notes, the piece “simultaneously projects discomfort and the urge to cuddle.” The viewer’s experience at this “Beastiary” may be similar to Colella’s process as an artist. She says she is most inspired when exploring unfamiliar surroundings: “Feeling uncomfortable catalyzes learning [as it] teaches how to be attentive and really observe.”

“Beastiary” is on display at the Chandler Gallery from January 11-February 5. The opening reception will be held on January 21 from 6-8pm. Maud Morgan Arts is a program under the umbrella of the Agassiz Baldwin Community, a private non-profit organization with a forty-year history of quality programs and services in the Cambridge community. Maud Morgan Arts comprises a full arts program of classes and workshops for all ages, the Chandler Gallery, and a collection of original art by noted artist and community resident Maud Morgan (1903-1999). The agency works to reflect the diversity and talents of the community, bringing people together to make art, share art, and support visual arts education. 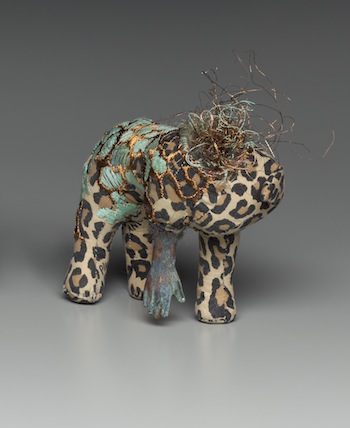 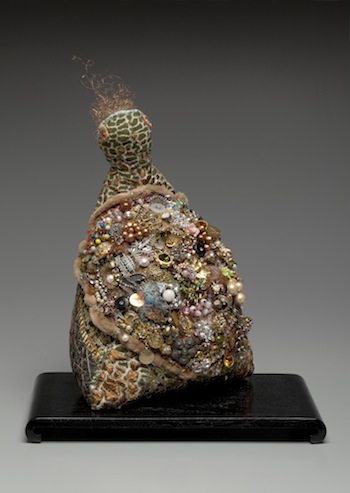 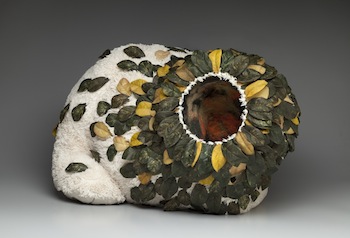