From The Studios: Artwork by ABC and MMA Students

From the Studios: Artwork by ABC and MMA Students

These works remind adults what it means to have fun. Clay animals, wooden marble runs, and a robot who serves cups for water are the creations of students at Maud Morgan Arts and Agassiz Baldwin Afterschool. The artists, ranging in age from kindergarten through 8th grade, offer perspectives that older artists can mimic and aspire to, but can no longer truly possess.

The variety of mediums reveals the breadth of ideas that children have to express. One student folded the rims of pots into curved ridges, like the open mouths of sea anemones. A still life leans toward abstraction as it focuses on a repeating pattern of dots within dots. Clay cars and trucks, some with wings, share space with screen-printed fabrics and arm-knit scarves.

Marble runs showcase the students’ woodworking skills. Each marble run features two columns joined by zigzagging pathways to guide marbles through obstacles on their way to the finish. In designing the columns, students add their individual flair: one set of columns is a pencil and a ruler, another is a fork and a knife, and yet another is a boy and his dog.

Finally, “Robee,” the robot, reflects the ingenuity of his creator with his egg carton base, toilet-paper-roll forehead, and clear, domed plastic eyes. Robee’s red duct tape exterior is reminiscent of Tom Servo, the robot of “Mystery Science Theater 3000” fame. Like Robee’s foam arms extending to offer the viewer a cup—which is, incidentally, securely taped to his limbs—the works in this show are best when approached with the same unaffected and sincere manner in which they were created.

“From the Studios: Artwork by ABC and MMA Students” is on display at the Chandler Gallery from June 7-24. The opening reception will be held on June 8 from 5:30-6:30 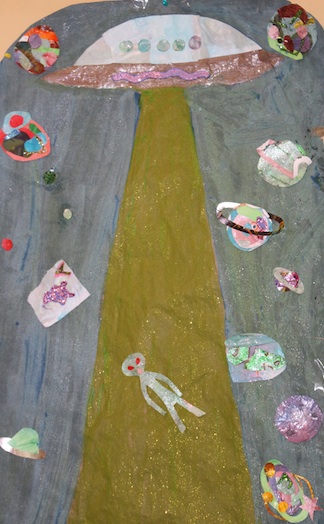 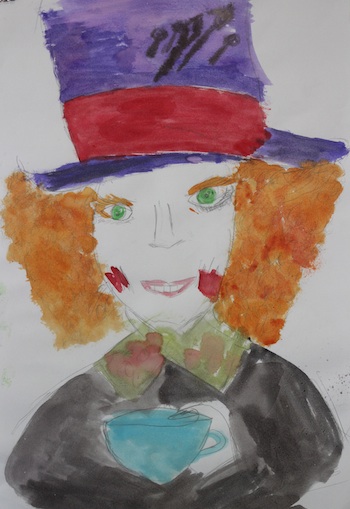 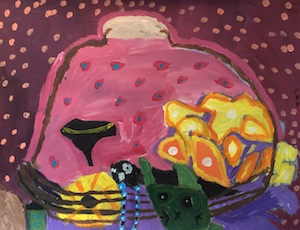 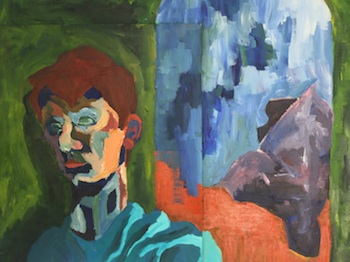