THE POWER OF SMALL THINGS

“I love that it is never easy to paint the next painting,” says Amy Schuyler Clarkson, whose quietly radiant watercolors and oils betray neither hesitation nor struggle. The luscious colors in Clarkson’s still lifes at the Chandler Gallery entice us to contemplate plantains, hydrangeas, jam-thumbprint cookies and stacks of cupcake liners. “I have always been attracted to small works of art,” says Clarkson, who cites ancient Mughal watercolors and Japanese woodblocks as inspiration. “They draw a viewer in and invite accessibility that larger works do not.”

These still lifes may appear tranquil at first glance, but each scene has a subtle, underlying tension. In “Strawberry Cheesecake,” a line of sauce has dripped halfway down the side of the cheesecake slice—an unfinished action that leaves the viewer to anticipate its completion. Clarkson’s paintings of cupcake liners piled on top of one another or spilling out across tabletops have titles that imply emotional relationships between these unassuming scraps of paper, such as “Steady,” “Nesting,” and “Shelter.” One of Clarkson’s favorite pieces in the show is “Two Figs with a Blue Bowl,” which she describes as a “moody watercolor.” A pair of figs rests beside a gray-blue bowl against a dark background. The light catches the side of the bowl, but not the figs, and the empty darkness on one side of the bowl contrasts with the two figs huddling close on the other side, perhaps sensing the unknown just inches away. Says Clarkson, “There is a tender ache to it that I love.”

In applying human complexities to humble inanimate objects, Clarkson encourages viewers to find themselves within the images. “The most gratifying experience is when a viewer engages with a painting in a deeply personal and powerful way,” says Clarkson. “…This human connection is vital to me whether I am the viewer or the artist. Without this interaction, there would be little meaning for me as a painter and a human being.” Clarkson’s show provides many opportunities to make this connection.

“Intimate Still Life Paintings” is on display at the Chandler Gallery from January 19 through February 20, 2015. The opening reception will be held on January 29 from 6-8 pm. Maud Morgan Arts is a program under the umbrella of the Agassiz Baldwin Community, a private non-profit organization with a forty-year history of quality programs and services in the Cambridge community. Maud Morgan Arts comprises a full arts program of classes and workshops for all ages, the Chandler Gallery, and a collection of original art by noted artist and community resident Maud Morgan (1903-1999). The agency works to reflect the diversity and talents of the community, bringing people together to make art, share art, and support visual arts education. 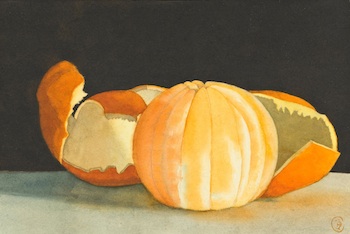 Amy Schuyler Clarkson_Fig and a half 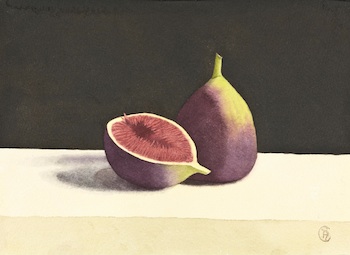 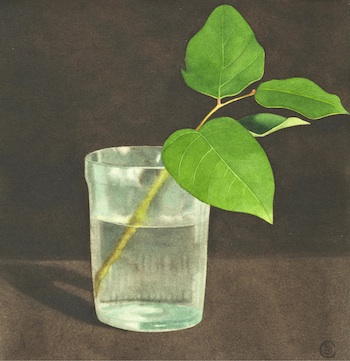