A juried exhibition of artwork at the Chandler Gallery

The space that separates two opposites is filled with tension, humor, and paradoxes, as evidenced by the artwork in the Chandler Gallery’s upcoming “Small Works Salon 2016: Thesis/Antithesis.” Juried by artist Gerry Bergstein, the exhibition features sculpture, paintings, photographs, and prints that fuse two contradictory ideas such as realism and fantasy, movement and stillness, or sincerity and irony. “I have always thought that art deals not only with the question ‘What is it?’” says Bergstein. “But also with the question ‘What ELSE is it?’”

In Marja Lianko’s sculpture, “Yes, It’s About Roots,” which Bergstein calls “achingly exquisite, yet grotesque,” a thick vine, or perhaps a root, emerges from the top of a cabbage. The tip of the vine is a red point—like a rolled-up flower almost ready to open, or a blood-red fingernail. Meanwhile, the veins on the cabbage leaves spread like upside-down root systems. The piece challenges the either/or relationship of plants and roots, and, by implication, the division between “above ground” and “below ground” and the seemingly discrete categories of origin and ending.

Unlike Lianko’s foray into surrealism, Elaine Alibrandi’s “Sofa Ad” lays bare reality. The photograph shows a person wedged across a row of subway seats, perhaps trying to sleep, beneath an ad for a leather sofa. The ad reads “Mansion Sold Separately.” Bergstein says the piece “captures the sadness of economic inequality in an unusually powerful way.”

“Peer Under Pier III Blue Orange” by Charles Norris merges representation with abstraction. The blue print on an orange background depicts chains hanging into the water alongside the crossbeams of a pier. While the scene is realistic, the piece emphasizes the shapes and lines more than the objects themselves. The print also incorporates several other dichotomies including a complementary color scheme, the merging of land and water, and the contrast between solid and fluid subjects.

“Small Works Salon 2016: Thesis/Antithesis” is on display at the Chandler Gallery from March 21- April 15. At the opening reception on April 3rd from 3-5pm, Gerry Bergstein will give a short talk. Maud Morgan Arts is a program under the umbrella of the Agassiz Baldwin Community, a private non-profit organization with a forty-year history of quality programs and services in the Cambridge community. Maud Morgan Arts comprises a full arts program of classes and workshops for all ages, the Chandler Gallery, and a collection of original art by noted artist and community resident Maud Morgan (1903-1999). The agency works to reflect the diversity and talents of the community, bringing people together to make art, share art, and support visual arts education. 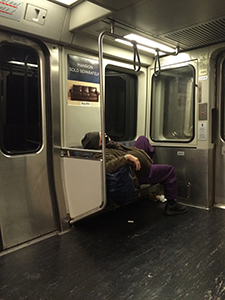 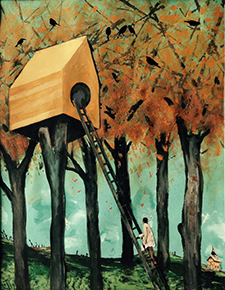 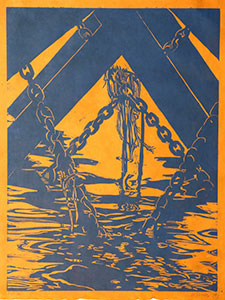 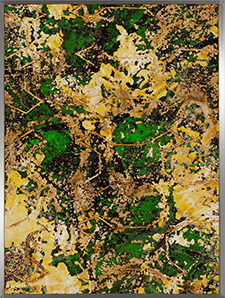 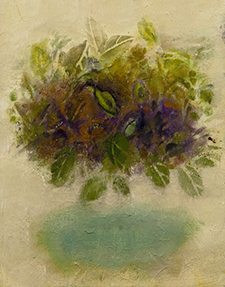 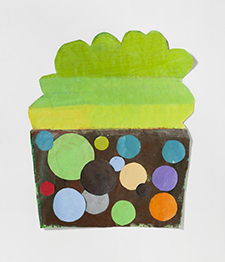 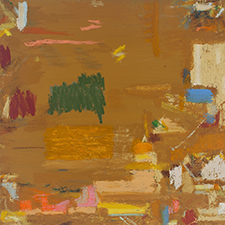 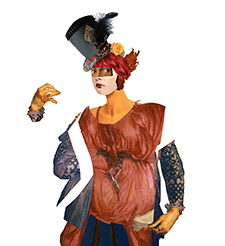 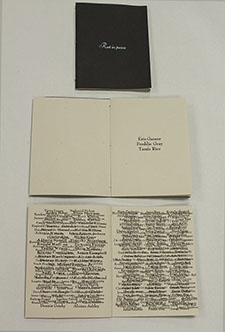 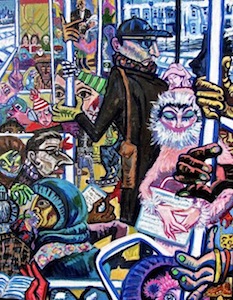 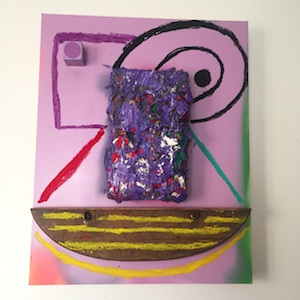 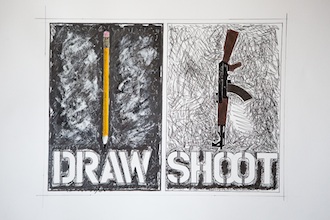 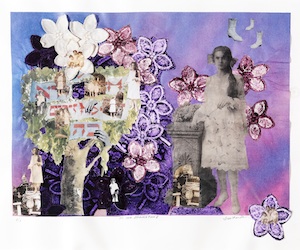 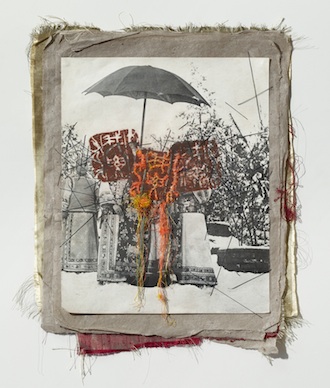